The foundations for Martin Peat’s current success as co-owner of a reputable independent builders was cemented when on leaving school he embarked upon a carpentry apprenticeship, imbuing a passion for the construction industry which burns as brightly today as it did 36 years ago.

A married father of two, Martin, 56, who also has one grandchild, said although many building industry practices have changed beyond all recognition since Richardson & Peat was founded more than 30 years ago, his goal has remained refreshingly simple and resolute despite the passing decades – “to deliver a building a client is happy with”.

Of the innumerable projects Richardson & Peat has planned, designed and expertly constructed, one stands as a particularly shining example of the firm’s ability to transform a client’s construction-based desire into a fully-built reality – whatever the specifications.

The Mark Rutherford School in Bedford required a specially-designed centre to help integrate autistic children into mainstream education. The project’s urgency was highlighted by a need to provide a permanent, comfortable and suitably-equipped learning environment for the children who were being taught in a mobile classroom.

Working within a limited budget and having no previous experience of designing a building to the precise specification required of a centre for autistic children, Richardson & Peat applied all their construction-based skills, experience and knowhow to deliver a building which not only met the project’s more unusual structural demands such as rounded walls and high-level windows, but was completed within budget, to agreed deadline and to the school’s absolute satisfaction.

The Nightingale ASC Centre, which opened in 2004, earned an “Outstanding” Ofsted rating in 2012. It continues to offer a high-quality provision of inclusive education for autistic students. Martin Peat commented: “The Mark Rutherford School was a massive learning curve for us. We literally started the project with a blank piece of paper. To be able to deliver a centre which satisfied every specification required of an educational establishment for autistic children was an immense achievement.

“From a personal point of view it was an incredibly fulfilling experience to be involved with a project which had such a worthwhile outcome for autistic students for many years to come.”

Following the successful Mark Rutherford School project, Richardson & Peat was specified by the National Autistic Society (NAS) to build three new centres in Surrey as part of Surrey County Council’s aim to integrate autistic children into mainstream education. Martin Peat added: “NAS has seen we are a company it can trust and work alongside to produce a quality build.”

In the coming years, Martin said he would like to see Richardson & Peat’s fortunes grow “exponentially” which he hopes will be achieved by securing a series of long-term contracts such as the tie-in with NAS.

Currently, Richardson & Peat employs up to 20 staff, all working hard to establish what Martin referred to as a “base” on which the company can build in order to thrive long after he has happily retired - but that time is someway off, as he explained.

He added: “The building industry needs smaller companies like ours; companies which work alongside the client and provide feedback and bespoke services to suit.

“Unlike some bigger firms, smaller independent companies such as Richardson & Peat fit to the client’s needs - and definitely not the other way around.” 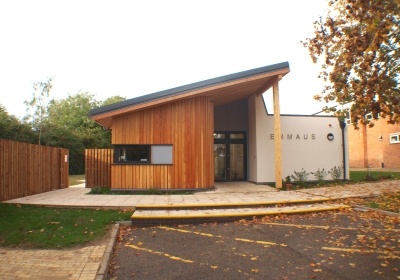 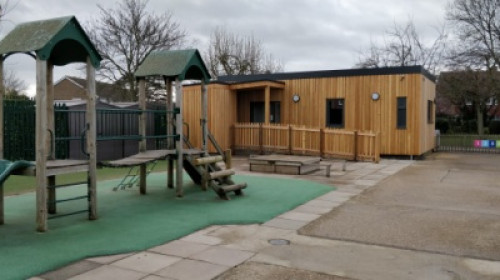 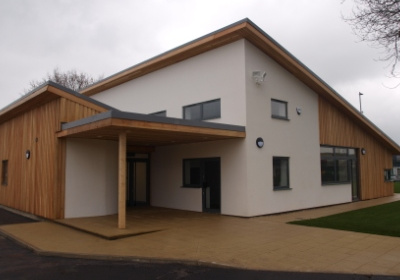 Richardson and Peat undertook the demolition of an existing school bungalow within the school grounds and replaced it with a fully operational after school center. 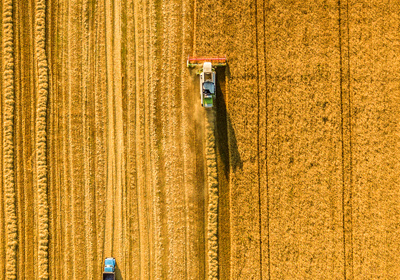