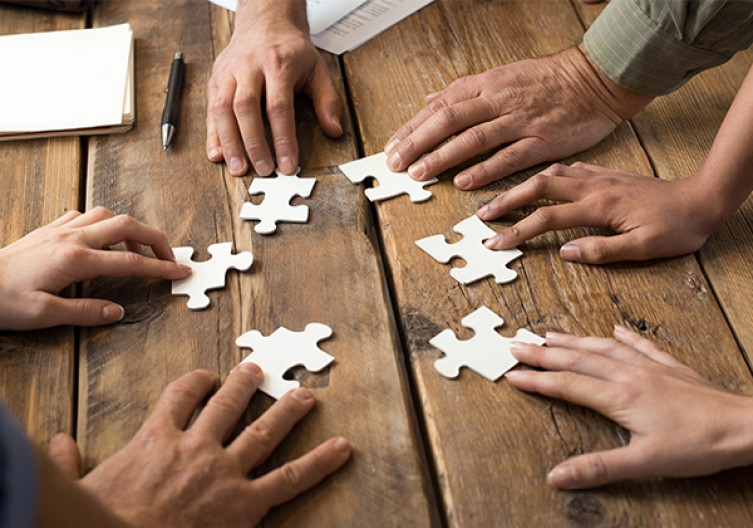 The Benefits of Passive House Outweigh the Challenges

Passive House is regarded as one of the best standards to reflect ultra-efficient building performance. Whilst many people talk about the desire to build to Passive House standard the number of projects that are actually delivered tells a different story. So are we setting the bar so high that it is unrealistic to achieve, particularly on a large volume scale? Or is there another reason?

An estimated 30,000 buildings worldwide currently meet Passive House levels for airtightness, the majority having achieved the standard since the turn of the century. It’s a figure, which in worldwide terms at least, barely represents a drop in the ocean.

As specialists in the building of low-energy properties, Richardson & Peat has experienced first-hand the results of this sustainable form of construction which profits the planet and a building’s occupants. But what is our experience of delivering to this standard?

For those unfamiliar with Passive House performance, the introduction to an interior where there is no variance in the air’s purity or temperature can prove quite a strange sensation. A sanitised environment, initially it doesn’t feel quite real - we are so used to homes that are filled with microscopic air pollutants such as dust particles.

There should be no underestimating the part air quality plays in creating interiors which excel in terms of health, wellbeing and comfort, particularly when you consider a US Environmental Protection Agency report identified indoor air quality as one of the top-five urgent environmental risks to public health.

Passive House construction can also improve occupants’ financial wellbeing. It’s estimated a household living in a 70m2 Passive House with gas heating could spend as little as £25 on space-heating each year.

In 2016, we built a three-storey, six-bedroom private property in Mayfield, Sussex which became the first home in the east of the county to gain full Passive House certification. Upon completion, the first thing you notice when you enter a Passive House property is the clean, fresh air which pervades the whole house. There’s not a single hot or cold area to be found in the entire building, thanks to the constant air temperature, which in the Mayfield property’s case was set at a very comfortable 21°C.

In short it is an extremely comfortable house to live in. It has virtually zero energy bills and the interior temperature and air quality make it a very pleasant place to be. Given the opportunity I would love to live in a house built to Passive House standards.

So what of the delivery of the project? Building to Passive House standards involves a higher levels of design and construction precision to attain the required airtightness. And this is not without its potential challenges.

A successful Passive House build requires a concentrated team effort. The most successful projects are achieved when everyone from architect and structural engineer, to the main contractor and each and every sub-contractor and client, are involved in the project from the outset. Entering the project on the understanding that every detail, however minor, shall be implemented with the highest accuracy offers the best chance of success.

Architects and on-site trades can consult on the designs to ensure every aspect is workable, which could iron out future problems at the start of the project, as opposed to midway through which can lead to redesigns further down the line, adding time and expense to an already relatively costly project.

From experience it is the smallest if things that can derail a project. As the fundamental point of a Passive House is that the building is airtight, this is something that can have zero tolerance. Designing an airtight building is one thing, but delivering it is another. All too often different trades will come in and in an effort to deliver their part of the project, they will, in advertanly, compromise the efforts of others. This is where communication is paramount,. If everyone understands what you are trying to achieve and that the project has to be approached in a slightly different manner, then you are on the right road to success.

However experienced the contractor, building Passive House to a price requires a flawless performance from all those involved. But again, it comes down to all trades adhering to the ‘no detail shall fail’ mantra. Actions, from any trade, could compromise the entire integrity of the building envelope.

Throughout the project, the main contractor needs to carry-out at least three or four air tests to ensure u-values are being achieved. Tracking down such errant details, which can ultimately result in the performance not being met, creates a huge problem – it’s akin to finding a needle in a haystack.

With a house completed to what is presumed satisfactory levels of airtightness, the smallest hole can lead to air leakage that can lead to Passive House standards being compromised. In this instance, a smoke canister test might have to be taken to detect the barest movement of air. A far better solution would be for the trades people involved to own-up to the mistake, thus saving the valuable time and costs.

As someone whose company is skilled in the building of Passive homes and has experienced the ‘cleaner ‘environment within, the question over whether we should be looking into building more properties to the same high level of airtightness is no longer valid because it’s an absolute no-brainer.

On average, a Passive House build is 15% more expensive than properties constructed to a less-low energy standard. I agree with those who may feel this cost is too high. However, I believe the 15% figure will improve with communication and understanding through the supply chain, helping make Passive House construction more generally appealing.

Is Passive House too complicated and difficult to achieve? Personally I don’t think so. It can be difficult, but for those willing to persevere, the results can be incredible. The secret to delivering to Passive House standard successfully and making it more commercially viable is about improving understanding across the supply chain. If everyone from client and architect, to every last sub-contractor understands why the project is being delivered to Passive House standards, it stands the best chance of success. This, however, is easier said than done, therefore education is needed in order to create Passive House buildings, which in my view are amongst the best properties there are in terms of energy and cost efficiency, and occupier comfort.