Open book contracting is the way to move beyond the traditional tendering problems of dumbing-down design to fit a budget. Trust is required on all sides from the outset, but brings great rewards for all parties involved.

For a contractor, standard practice is to tender for a project which has already been designed, the client having received a proposed budget against that design at an early stage. However often during the evolution of the tendering process the returning costs are higher than the early budget which usually involves some trimming of the design or ‘value engineering’ as it’s more commonly called.

In some cases the figure can still be too great and the building can be no longer viable to construct. If the client does move forward after this exercise however it can leave a bad taste – the client feeling that they are being short changed somehow and the architect feeling somewhat cheated on his original design.

The philosophy of tendering is based around achieving the maximum quantity for the cheapest price but over the last few years in the industry designs are becoming more sensitive to areas such as energy and performance, and no longer simply replicating buildings of the past. This means the general like for like construction costs that architects and contractors used to apply is no longer an accurate measure of the total cost; one of the reasons for bigger variations in tenders returned.

There is however another way to achieve a build within budget and which does not offer the hope of more than it should early on but delivers what both the client and architect want. It however relies on both trust and the inclusion of all parties at the first stage of design. The open book approach that we are using regularly with clients now is unusual in that it requires trust from both client and the contractor, and an acceptance that they are part of a team that includes the architect and other designers all working from day one to achieve the best design at the best cost.

The trust that a client shows in an architect needs also be shown to a contractor which means that picking a contractor to work with is probably the most tricky area to deal with for clients. However once chosen the contractor should return that trust by being prepared to apply an open book on costs for the project looking at the best cost for all materials and labour, laying it open to both the architect and the client for discussion while designing the project.

The contractor can help the architect by looking at the most economical way of achieving their design but the contractor must also be open and agree to fix the level of overhead and profit and the client must accept that the contractor is due this as part of the contract. The contractor needs to pass back any savings that are made during the construction period and work with and for the client on areas where a cost has risen from the design stage to get the best deal possible - normally we set a guaranteed maximum price (GMP) with a client at the end of the design stage to allow a level of safety for a client in procuring monies for the construction. We look to try to achieve a saving on the overall contract sum for the client who is rewarded with the option of spending it or not as they wish. On recent projects we have procured savings that have gone towards projects in and around the buildings that were outside of our remit and would probably not have happened in the normal way of contracting.

So who gets what from this type of deal? Well the simple answer is that from an early stage the client has a greater idea on the actual final costs before starting the construction phase; he is also immune from variation costs during the project as these are dealt with as part of the add/omit section in the cost plan - any small issues that arise are usually covered by savings made. Due to the early stage input on the design most larger issues that could cause a variation cost of any magnitude will have been identified and either dealt with or covered by a sum of money in the GMP. The client will also having been involved in the design stage, knowing exactly what he is getting so can commit to the construction without fear. The architect - the beating heart of the project - has the ear of the contractor to discuss issues as they appear and in my experience having the opportunity to talk through a design at an early stage can save a lot of time later on. The architect has the chance to deliver his design unadulterated by the need for savings having to be made later, and can commit to changes during construction without fear of being presented with large costs at the end to cover this.

So for a contractor what’s the gain? Well there is no wasted tendering time on lost causes. The effort can instead be put towards a live project. The fixed overhead and profit mean fixed margins but safer money. It means not having to fight for claims after completion on outstanding variations - it means a good working relationship with both client and architect and it means the chance of future projects.

It has to be said that this type of procurement is not for everyone and certain projects from Government or local authorities and the like will demand that the standard tendering process is followed. The larger construction companies are better placed to continue with this, but if a project does not come under this tenure then perhaps it’s worth looking into working with a smaller contractor on an open book basis, as the result may be a better project in the long term.

Richardson and Peat are currently finishing the third of three projects for the national autistic society in mainstream schools, all open book and all delivered on or below budget. 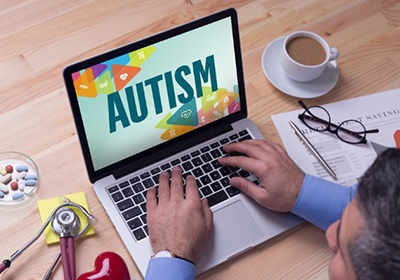 Children with autism have a range of particular needs when it comes to the ideal learning environment, and these are unlikely to be provided for by...